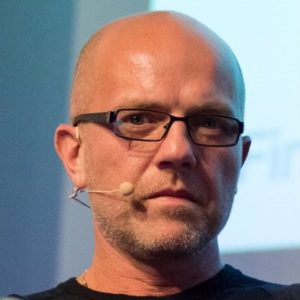 Matteo is one of the most recognized and respected faces in the FinTech industry globally with plenty of accolades. He has over 20 years of expertise and deep connections amongst global banks executives, startups and investors.

Matteo also holds a University degree in Computer Science from the University of Genova and a Postgraduate degree in Financial Transactions from Solvay Business School.

He spent 13 years as a key executive at SWIFT, where he held various positions from sales to global account management.

In 2007, he founded swiftcommunity.net which was built based on the experience he gathered from designing italiansonline.net, the world largest Italian expat portal that came to life in 2003, way before Facebook was born.

He also Co-founded Innotribe, the innovation arm of SWIFT in 2008. From there, he launched the renowned Innotribe Startup Challenge, which is the first global challenge for FinTech entrepreneurs, as well as the Enablers group; a cross-industry group mentoring Innotribe and SWIFT on strategy and financial trends.

As an investor, Matteo invested and partnered in SBT Venture Capital ( 2013-15), one of the first funds (100m USD) solely dedicated to FinTech investment (Series A).

Financial News nominated Matteo as one of the “40 most influential FinTech executives in Europe” from 2014 to 2016. In addition, Bank Innovation named him as one of the “30 Innovators to watch shaping the industry” in 2014.

In 2015, Matteo created and Co-founded www.FinTechStage.com, a platform for Investors, Innovators, and start-ups to foster FinTech innovation globally.

Between 2015 – 2017, Matteo was a Senior Advisor for Omidyar Network, an organization founded by Pierre Omidyar (eBay founder) investing globally in the Financial Inclusion & Digital Identity Division.